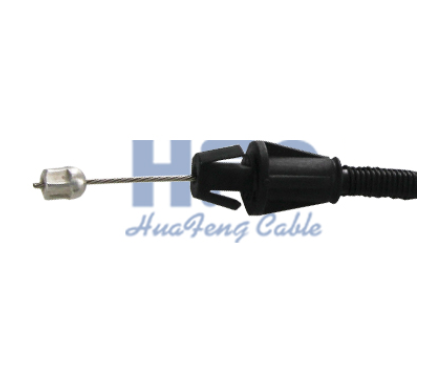 A hood release cable is a device used to open and close the hood of a vehicle. It is typically made of metal or plastic and consists of a handle, a cable, and a mechanism for attaching the cable to the hood.
The primary function of the hood release cable is to allow access to the engine compartment for maintenance and repairs. However, it can also be used in emergency situations to quickly open the hood and gain access to the engine in case of fire or other danger.
There are two main types of hood release cables: manual and automatic. Manual cables are operated by hand, while automatic cables are operated by a switch or button located inside the vehicle.
Hood release cables are an important safety feature on all vehicles. They should be inspected regularly to ensure that they are in good working condition and able to perform their intended function.

Huafeng is a company specializing in the production of clutch cables.Huafeng is a professional brake cable supplier in China. We manufacture various types of universal brake cables, parking brake cables, and automotive control cables. If you are interested, you can contact us and we can send you samples!