If you have ridden a bicycle abroad, you may have noticed that the positions of the front and rear brakes are different depending on the country or region. Of course, most people always install the bicycle brake cable left front right rear configuration. When DIY for others, also ask your own habits. I am also very interested in it, but is there any other reason to support this bicycle brake cables installation method that I have been using since I was a child?

The position of the brake lever and the position of the front and rear brake levers of the brake should be determined according to the laws, customs and actual conditions of the country where the bicycle is sold. In our country, the front brake is on the right and the rear brake is on the left. I found the reason. This is why we strictly stipulate that the brakes are on the left, rear, and front right routes. The last one is about bicycle export regulations. Exported bicycles must comply with the regulations of the country that uses it and the usage habits of foreigners. 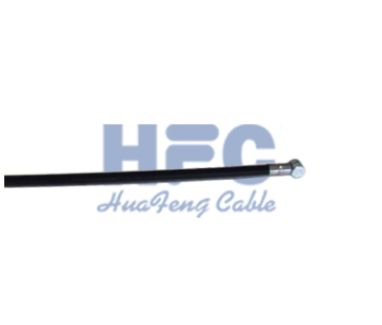 For stock bicycles entering Australia, the Australian standard pedal bicycle part of the braking system stipulates: Handbrake lever position: The front brake lever should be located on the right side of the handlebar for left and rear braking.

These turn signals have been adopted by cyclists, and national standards bodies in various countries have also participated. The worry is that the cyclist must be able to issue a manual turn signal and still reach the service brake. The logic involves assuming that the rear brake is the service brake. These standards bodies misunderstand the brakes and believe that using the front brakes is dangerous and will cause the rider to suddenly tip over when using the front brakes. In fact, there are very few accidents caused by the front brakes.

I believe that after reading this article, you have got the answer you want.

Is the brake cable of the bicycle the same thickness as the shift cable?

The working principle of the bicycle brake cable